In our last episode, we talked about what musicals best represent the Galaxy, Chivas, Rapids, and Earthquakes. Today, I continue with the Western Conference, featuring the three teams of the Cascadia rivalry.

Seattle Sounders: In the Heights

It’s a pretty vivid story with some pretty fiercely devoted fanboys (and fangirls), but the hype and the style don’t work for everyone. It’s fast-paced, it’s sexy, it’s cool, it’s for the new generation, but it doesn’t inspire any ambivalence. Either you adore what they do or you don’t care for it at all. There’s no in-between. Many of their fans have a bizarre sense of entitlement, as though this show and this group of people are doing something totally ground-breaking, when in fact they’re following in the footsteps of many shows that came before (West Side Story, Bring in ‘da Noise, Bring in ‘da Funk). But the rest of us just kinda let them do their thing, cause it’s good for the scene overall. 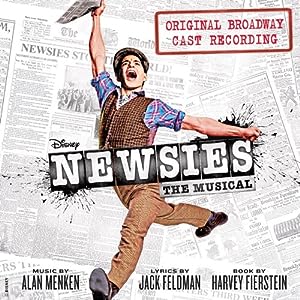 It’s young. It’s hip. It’s gotten a lot of attention recently. But at its core, it’s an adaptation of source material that wasn’t award-winning to begin with. Dress it up however you like, it’s still just a bunch of young guys dancing on the floor and trying not to fall over or land badly. Sure, it’s going to walk away with Best Choreography, but the storyline isn’t there. There’s definitely some talent, and there’s definitely some great moments. The rabid fanbase will decry this characterization, but this is really not as good as they want you to think it is.

Vancouver Whitecaps: The King and I

“What’s that show about?”

“Hmm. What else happens?”

“I don’t really remember. But the bald guy stood out.”